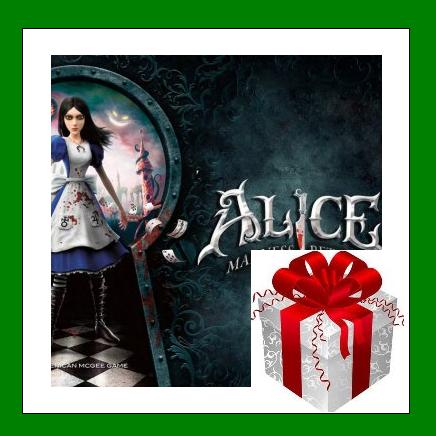 @MediaSoft information about the seller and his items
offlineAsk a question

After payment, you instantly receive a license key to activate the Alice: Madness Returns game in the Origin system and turn on all network functions in the game.

The game has no territorial restrictions - REGION FREE and is suitable for activation in any country.

The game has no territorial restrictions.

Alice: Madness Returns - Eleven years ago Alice´s parents died in a terrible fire, and she himself received severe burns. A ruthless flame burned not only her body, but her mind. The girl was in a psychiatric hospital and struggled with the demons who had overcome her, slipping into the world of her own fantasies - Wonderland. For ten years of treatment, Alice has recovered enough to leave hospital, although she did not quite get rid of the consequences of the psychological trauma resulting from the tragic event.

In the game Alice: Madness Returns Alice lives in London, under the supervision of a psychiatrist. Nightmarish hallucinations continue to haunt her, invading reality, and to get rid of them, the girl tries to understand the cause of her torment. But her mind is torn, she can not cope with fears and nervous tension caused by strange memories, dreams and visions. After moving to London, these obsessions seemed to have become even more vivid and pursue Alice even more aggressively.

Maybe she should go to Wonderland? It always helped ... Alice goes there in search of something she can not find in the "real" world - security, knowledge and truth about her past. But during her absence, Wonderland has changed a lot. Something terrible happened, and in the once beautiful shelter a terrible evil has now settled.

Can Alice save the Wonderland, and at the same time herself, from all-consuming insanity?

• Tense bouts with a third-person view. You will be available a rich arsenal of various weapons that can be improved: this includes an explosive cannon-gun, a deadly wand with a horse´s head and a classic sword.
• Journey through the gloomy, devastated Wonderland. You will meet familiar characters that have changed beyond recognition: the Cheshire Cat, the Mad Hatter, the Caterpillar and the Chervonaya Korolev.

Instructions for activating the key in Origin:

1. Log in to the Origin customer or register a new account if you do not already have one. If the Origin client is not installed, then download and install it.
2. In the main menu of the Origin (button in the form of a gear), select the item "Activate product code".
3. Enter the activation key received and end the activation.
4. After that, the game will be displayed in the "My Games" section.

If you have additional questions, contact the seller in the online chat or write to e-mail.

Attention! The seller is responsible only for the activation of the key or the gilt! And is not responsible for technical problems when starting, in-game and non-compliance of PC and system parameters. All such problems are solved through official technical support of publishers.