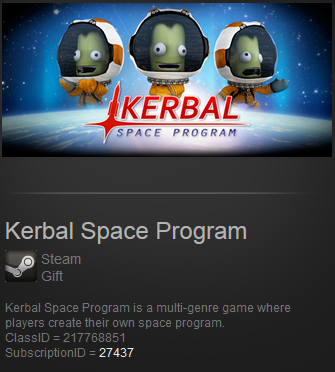 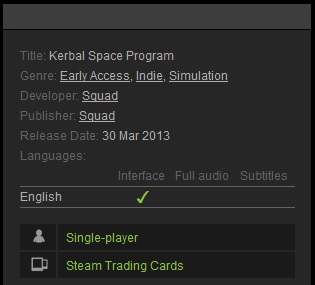 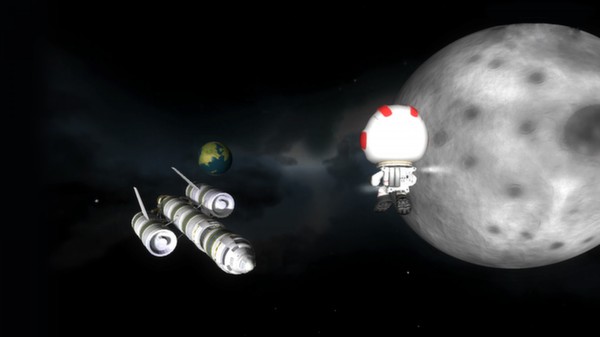 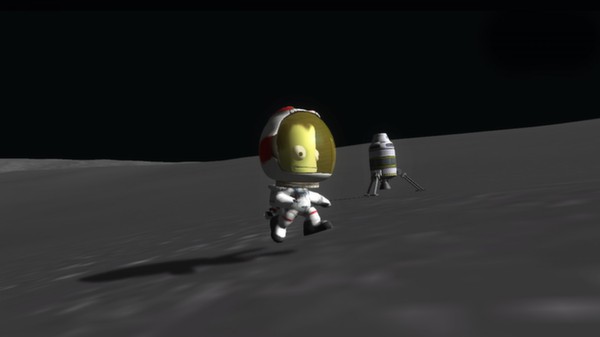 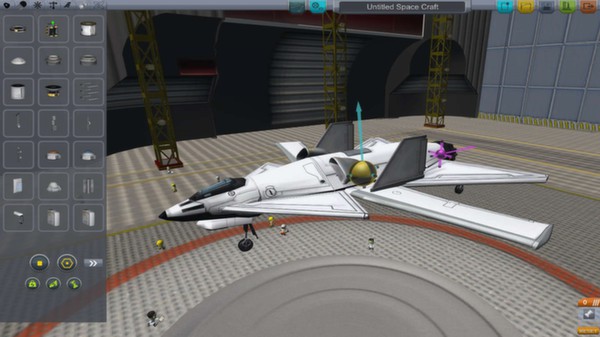 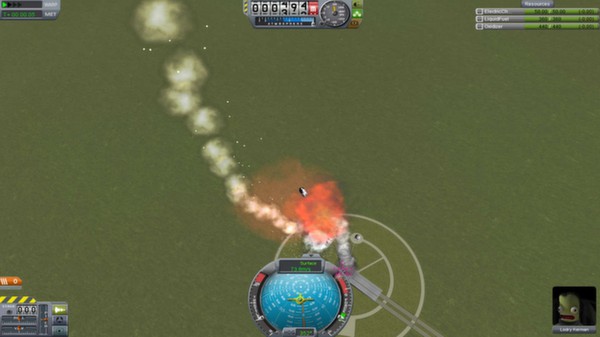 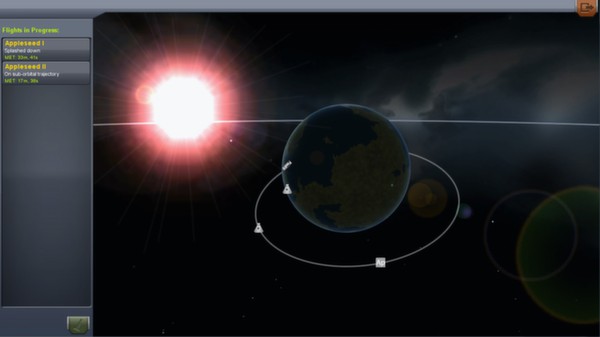 Game_Seller information about the seller and his items
offlineAsk a question

Об игре
Kerbal Space Program is a multi-genre game where players create their own space program.


In KSP, you must build space-worthy craft, capable of flying your crew out into space, without killing them. At your disposal is a collection of parts, which must be assembled to create a functional ship. Each part has its own function and will affect the way a ship flies (or doesn´t). So strap yourself in, and get ready to try some Rocket Science!


The game is being built first as an open sandbox, you´re free to build anything you can think of, and fly it wherever you want, even into orbit and out to other planets and moons throughout the Kerbal Solar System. The first draft of the career mode is also available now, it is still in development, so expect more features!
Key Features

The Vehicle Assembly Building and the Space Plane Hangar allows players to build spacecraft out of any imaginable combination of parts.
Fully-fledged, Physics-based Space Flight Simulation ensures everything will fly (and crash) as it should.
Take your Kerbal crew out of the ship and do Extra Vehicular Activities.
Fly out to Moons and other Planets.
Procedural Terrain delivers detailed terrain at a vast scale. The Kerbal Planet is 600km in radius!
Mod-enabled, allows players to create new content and modify the game.
Ship systems. Keep an eye out for engine temperatures and fuel levels, and try not to explode.
Build ships with multiple stages, and jettison parts away as they burn out.
Full control over the ship’s setup allows for complex ships and advanced functionality.
Dock spacecraft together to build Space Stations, Massive Starships, or even surface bases on other worlds.
Manage your crewmembers, hire them, and send them out into space and make them into heroes.
Research and Develop new technologies to advance your Space Program.